There’s not many that can say they’ve had a truly historic party. As much as your brother’s frat friends assure you that the one party they threw at Alpha Phi Kappa was certainly the most historical party in the last millennium, chances are they’re probably wrong. Your days of throwing downright blazing parties might be over, but your days of throwing a historical banquet don’t have to be. In our opinion, banquets are far better than frat parties anyway because the food is much better and everyone enjoys themselves without getting blackout drunk. To understand how to organize a truly historical wonderful banquet, we’d have to understand the historic banquets that came before ours. Here are our favorite banquet over years of humanity’s existence.

There’s not much point in arguing that the Romans really knew how to throw a banquet. They loved gluttonous excess, lounging on chaise lounges with grapes and wines and cheeses galore, just to get started and then partaking in an around 10 more courses before the sun finally rose above the horizon and shut down the party. Nero’s celebration is certainly one for the books even in comparison to the Roman’s regular feasts and parties. It’s historically recorded that Tigellinus organized the “prodigal and notorious” event that took place on a raft that they constructed in the center of of Marcus Agrippa’s personal lake. They had to tow it into the lake of course, and it was adorned with a variety of gold and ivory fittings to make it stand out as the royal barge it was. The guests were treated with a variety of delicacies like the roman favorite of dormice sprinkled with poppy seeds, an entire calf boiled whole and still wearing a roman gladiator’s helmet. Alongside a few rabbit’s outfitted with wings to represent pegasus. There were some 50 other delicacies, as well as casks and casks of liquor, and most likely a whole lot of dehydration the next day.

If the Romans knew how to party, then the Medicis knew how to one-up anyone. The wedding in question was between two families that have blood lines that extend deep into the core of European royalty. Henry IV, the King of France and Marie de medici married in 1600 and the entire wedding was designed by the classically trained Florentine artist Bernardo Buontalenti who has an unlimited budget. The reception took place in the Palazzo Vecchio’s Salone dei Cinquecento. He equipped the banquet with more than 50 courses and was capitalized by savory little details that were certainly fit for royalty. For example, when the guests sat down to eat and opened their napkins, tiny songbirds flew out and filled the air with music. They also sampled the first iteration of sherbet as it had only just emerged from france.

The Field of Cloth of Gold

Once France and England had settled into something resembling peace, due to the quickly approaching armies of the Ottoman Empire, they decided to sign the Treaty of London in 1518 that locked this peace into place. In 1520, the newly crowned king of england, the infamous Henry VIII and Francois I, the king of France decided to celebrate their peace treaty, not with friendship bracelets but with a five week long carnival in which all the tents were made of gold silk. You can see one of the wine fountain’s Henry had made for the event in the Hampton Court Palace courtyard, and as you can guess it’s one of the most lavishly dressed banquets in royal history. There was jousting, and Henry’s huge temporary tent palace that was around 12,000 square feet, alongside a huge amount of food and drinking.

Fouquet was one of those courtiers in the court of Louis XIV that did very well. He was actually the man’s banker and accountant and he always found Louis the money he needed to outfit his own lavish needs, which means the man was very good at finding money for himself as well. He built the Vaux le Vicomte, the palace that’s regarded as the most beautiful palace in all of France. The grounds were gorgeous and hosted an entire court of his own, which was considered to be a bit over the line even for the lenient King Louis. In fact, the party he threw to honor a new play by Moliere was deemed so inappropriate by the king who rightly assumed that the crown’s funds were being misappropriated arrested Fouquet. And imprisoned him for life where he could safely keep bookkeeping for his majesty.

The Feast Of Beasts

Monsieur Bonvalet, the mayor of the third arrondissement, arranged his feast mostly as a test. The city was besieged on all sides by the Germans and had been for about a month. Paris was running out of food and out of curiosity and certainly a sense of morbid fascination, he had one of the famous chefs prepare an odd variety of different meats for his 20 friends. Bonvalet used his connections at the local zoo and secured his guests dishes like escalope d’elephant with shallot sauce and roast bear with toussenel sauce. Although, this zoo animal sacrifice was not for not, because he had the plan that he would let the citizens of Paris eat the zoo animals if they were under siege for much longer. Alas, he was never allowed to truly test his theory as the city fell about a month later.

If you’re looking to host a banquet of delicious and might properties like those from the far back history like those mentioned above, you don’t need to worry about out doing them. It’s much more in vogue now to treat your guests kindly with an experience of a meal, rather than offering them 50 courses so they can only really have a bite of each. Offer them the experience of having a banquet in one of the most historical buildings in Annapolis. Contact O’Brien’s Oyster bar & Seafood Tavern to schedule your legendary banquet now. 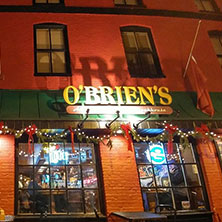 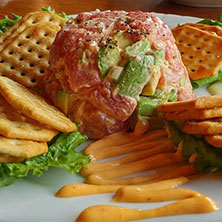 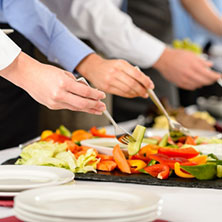 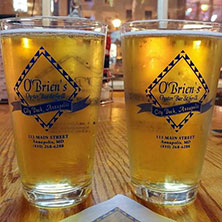